I changed the different views to be rendered as overlays above the planet.
I also added titles to the overlays so it becomes more clear what the purpose of a view is. 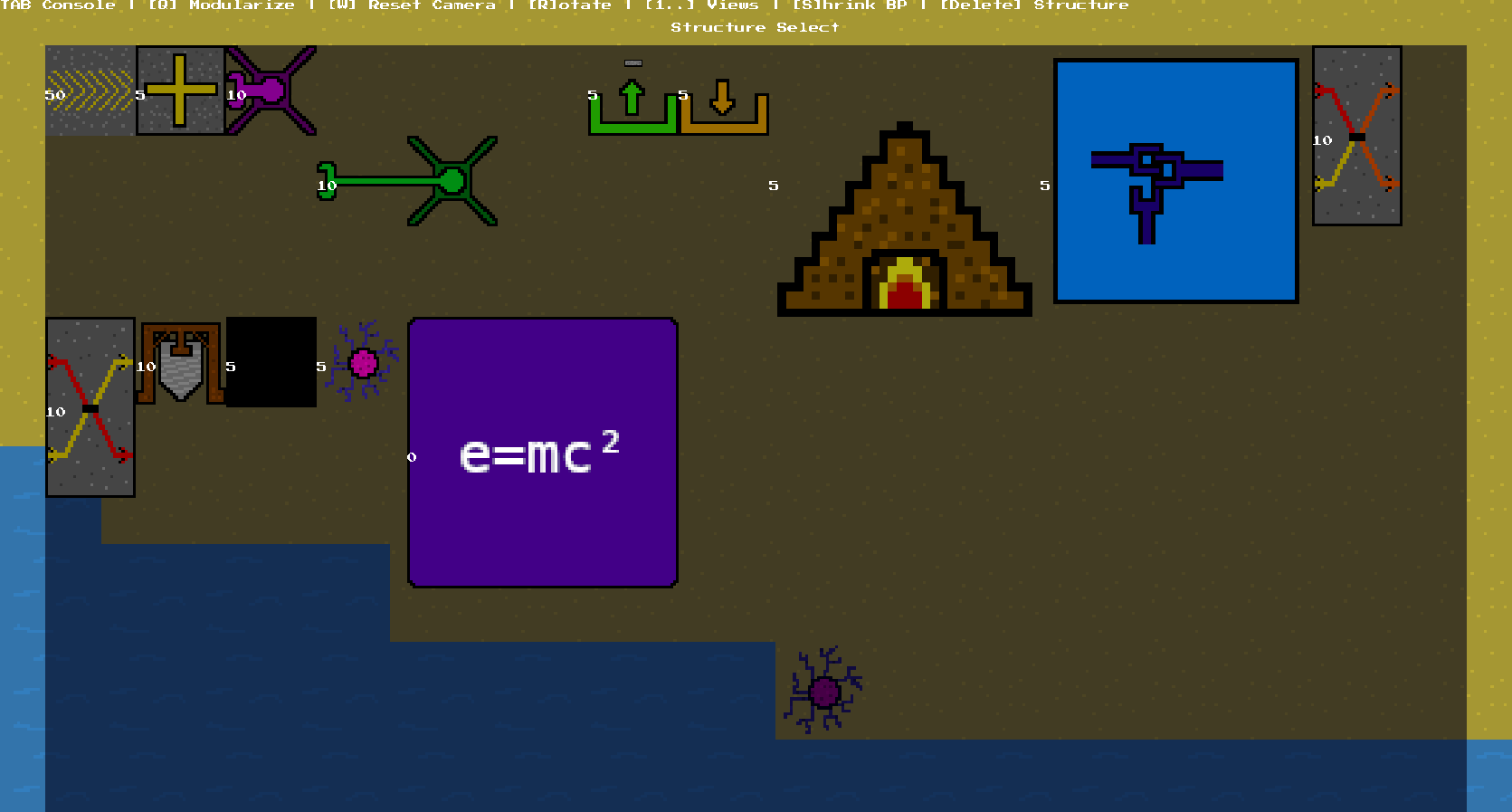 There was no way to set relative Z or Depth values for rendering (this determines if an object is rendered above/below another one).
Initially there was only

which made it practically impossible to have relative Depth relationships without keeping track of the current value and using Fixed.
For example the Items on a Belt should always be rendered above the Belt.
I introduced new types to allow setting both relative and absolute Depth values

I added a new build target which is configured to compile as quickly as possible to make it easier to test changes to the game.

Belts should not be able to fill every building similar to how Arms behave.
To achieve that I introduced PlaceType to track the origin of an Item.

Some of the ItemHandler methods now provide or use a PlaceType.