This is the next major release of Combine And Conquer.
Note that 0.4.0 can NOT open savegames of 0.3.x.
Stick to the previous version if you’d like to continue expanding your current factory.

This release introduces a proper solar power system.
Generated energy is now split into ‘real’ energy and ‘solar’ energy. ‘Solar’ energy is then multiplied by the planet’s current Brightness to calculate the actual energy produced.
For example:

Individual planets now have a maximum Brightness that I hand-picked but roughly depends on the planet’s distance to the sun.
Planets now also ‘rotate’ introducing a day / night cycle where the current Brightness moves between 0% and the maximum Brightness.
Every planet now also has its individual ‘day length’ that defines how quickly the Brightness changes from 0% to max.
There’s now also a subtle change in rendered brightness depending on that value.
Note that due to the above changes the Battery now becomes essential when producing energy via Solar to store energy during nights.
I updated the PowerUI to now have a ‘soft’ production < usage but storage full and ‘hard’ production < usage and no energy stored warning mode.
Below an image of the new PowerUI that now also shows the current and maximum brightness and has an additional overlay for the produced energy indicating the amount of solar energy, as well as its InfoBox data.

The entire planet system has been reworked making it possible to tweak planets’ individual stats.
Some of the values I can now change:

Most of those properties are now shown in the InfoBox:

I also spent some time tweaking the individual planets’ properties including their sizes to make them interesting and create challenges.
I also added moons since those are now supported.

Since planets are now also rendered with their actual size and some of them are rather tiny I adjusted improved the way orbits are rendered:

Below an example image of the new solar system: 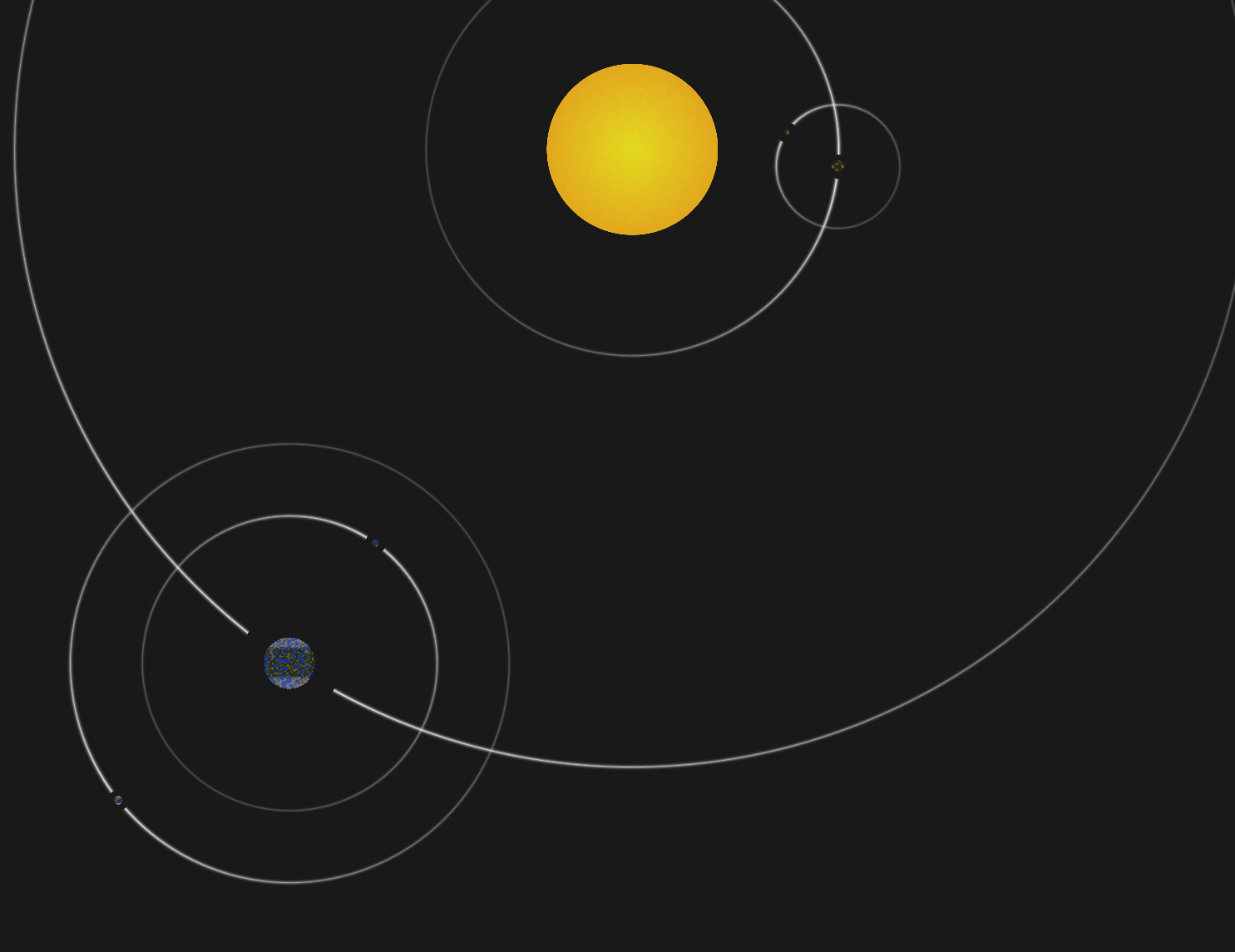 As part of the planet rework I made all randomness of planets depend on a ‘base seed’. This seed impacts the height and resource distribution of a planet. It currently doesn’t change the planets’ positions, names and general parameters. A planet with a lot of water and coal will always have much water and coal no matter the seed.
With every new game a random seed is now chosen.

With this update the Planet View and Space View have been merged into a single World View.
In this view you can both see the entire solar system and interact with Structures placed on a planet.
Previously there was the concept of the ‘current’ planet that decided which Structure counts and energy values were displayed. The ‘current’ planet was selected by clicking on one in the Space View.
This has been changed and instead the concept of the ‘focused’ planet was introduced. A planet is considered focused if it’s currently visible and the view is zoomed in far enough. Once there is a focused planet the overlays will be displayed showing that planet’s inventory and energy stats.
Visibility of flights, planet details and others now solely depend on the current zoom.

This release adds the new ore Stone which can be turned into Stone Brick in Furnaces.
Some recipes were updated to now rely on Stone Brick.
To be able to tell both Iron and Stone apart I made Iron more blue. 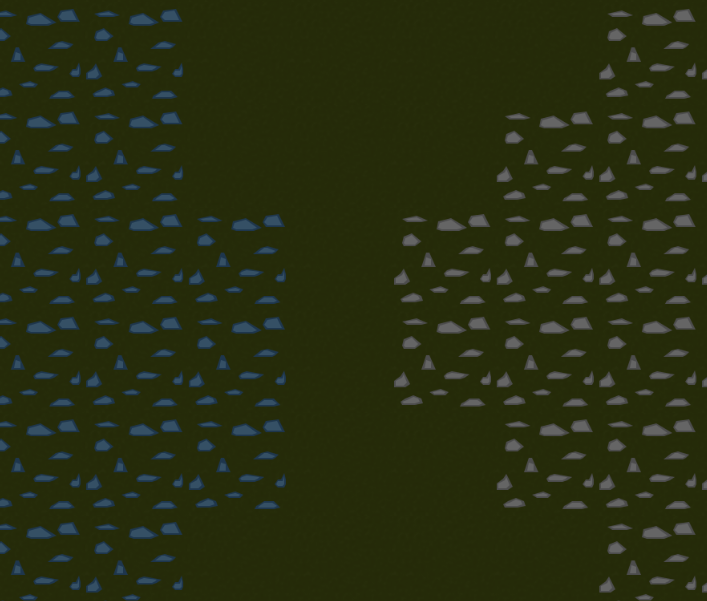 There have been major improvements to the planner / Modules. 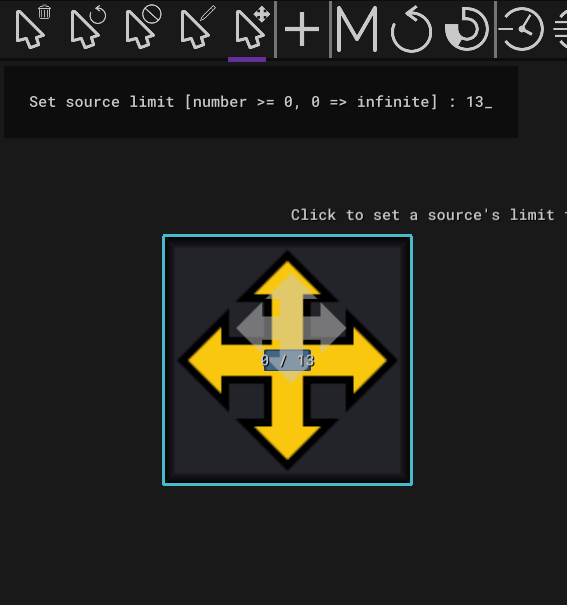 From then on it will only spawn this many of its Items.
With this change it now becomes very easy to control the Item usage of your Module, making it possible to reduce its waste to zero.

Thanks to being able to limit Sources I removed the entire ‘runout tick’ logic.

Stop If All Sinks Have Items For Modularize

This stop condition is now always considered to be true and its button has been removed.

For now I default enabled this option so that new players don’t have their planner ‘frozen’ for no obvious reason.

When not hovering anything with the cursor within the Planner a lot of information regarding the current Blueprint and Planner state is now shown in the InfoBox. As a consequence of this I removed the ‘title text’ of the Planner.

It’s now possible to replace a Module with a Module if:

I also raised the tick limit of the module generation.

There have been many, minor improvements to the InfoBox:

I changed the sound of Swapper and Mixer.

Zoom to cursor is now implemented instead of zooming towards the screen’s center.

All times are now also displayed with ‘real world values’.
For example:

Whether for example hours or milliseconds are shown depends on the value and context.
(E.g. since flights last several minutes I disabled the milliseconds there)

This release adds new sorting options to the savegames.
It’s now possible to choose between sorting by date or name and to invert the sorting.
‘Special’ savegames such as the autosaves will remain at the bottom.

This release of Combine And Conquer practically changes all recipes, counts, craft times and technologies (both costs and dependencies). It’s too much to list every change here. A general overview:

There have been several bugfixes: