Combine And Conquer still used as mixture of both side and top-down views for Structures.
I migrated all Structure images to be top-down, and updated some others.
Below an image of the new Structure textures. Left to right:
- Provider
- Source used for the Module creation
- Miner of both tiers
- Assembler of both tiers (crafting Chips)
- Furnace both in the burner and electric version and in on and off state
- Burner in both off and on state
- The Launch Pad (previously Space Port) without and with a ship present (note that ships are now also rendered top-down in that case) 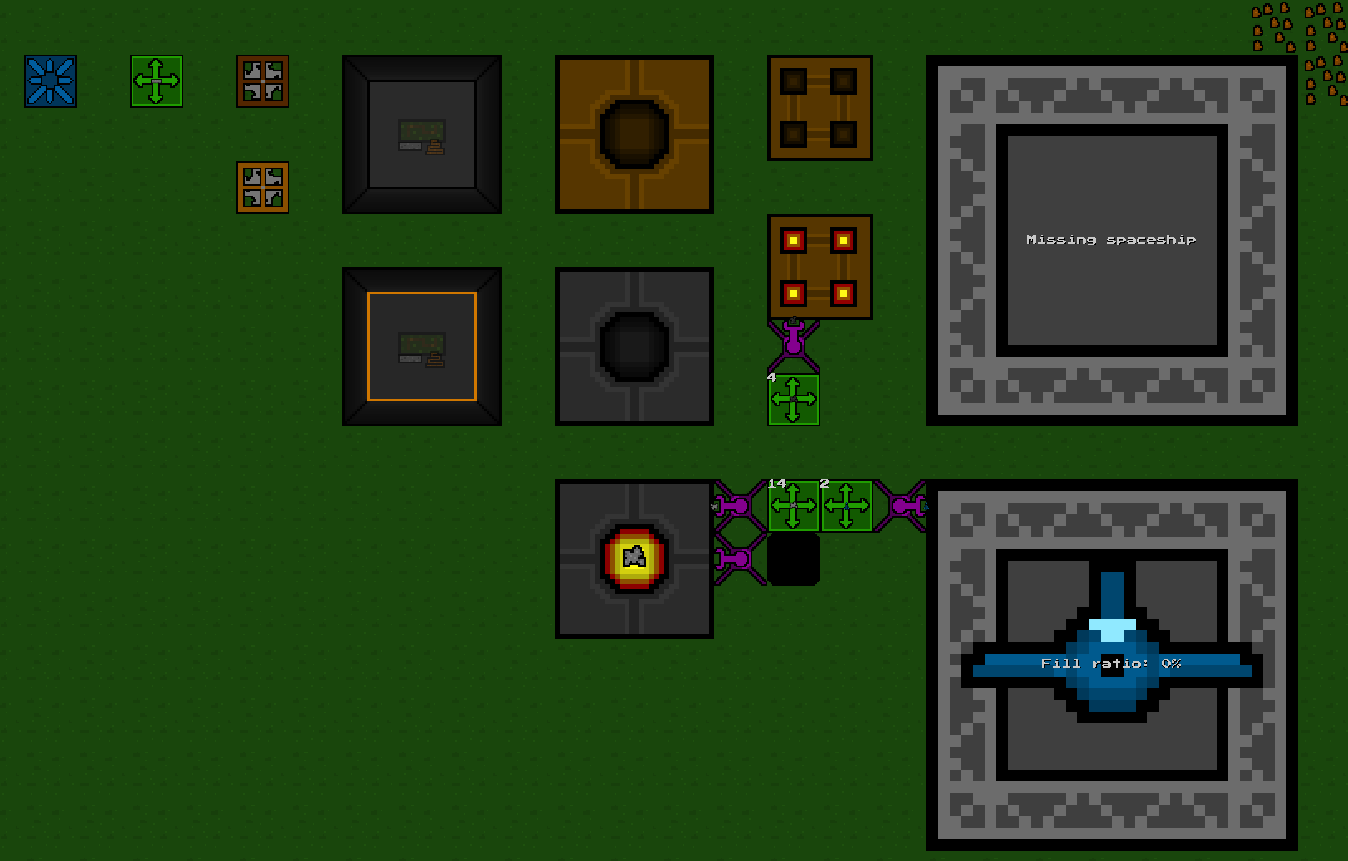 Since text is now displayed this way, many other text overlays have been removed.
The info box also allows for larger texts to be displayed. It was therefore possible to add description texts for all Structures.

Info box of a Structure: 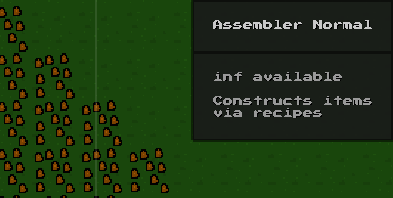 Info box of an Item / recipe: 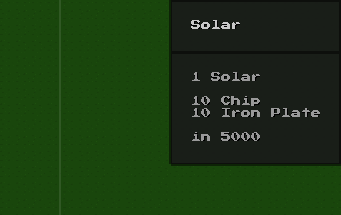 This version introduces a new overlay for quickly selecting both Items and Structures.
The original Item and Structure views have been removed.
At the top of the overlay one can choose the Structure or Item mode.
To the right of the overlay are categories such as Transport (Arm, Belt, …) and Processing (Assembler, Furnace, …).
Depending on chosen mode and category, matching Items or Structures will be shown to the left.
Clicking those will set the cursor accordingly.
Below an image of the new overlay with Structure mode and Processing category. 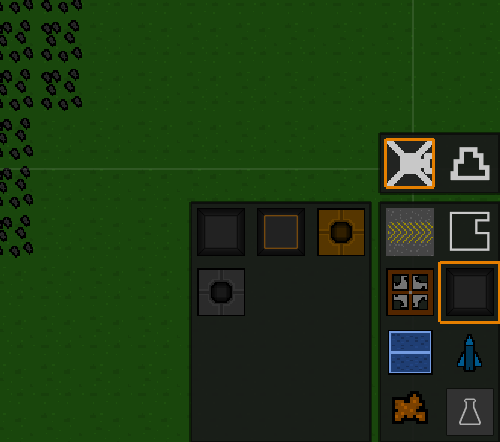 There have been several changes to the Modules:
- The render mode ‘hide Module internals’ is now enabled by default
- Modules are now rendered with a solid background
- Since all Structures are now rendered top-down, it’s now possible to rotate Modules

Below an image showing both the ‘hide Module internals’ mode and the new background rendering.
It’s a Module that creates Belts. Both in inactive and active state: 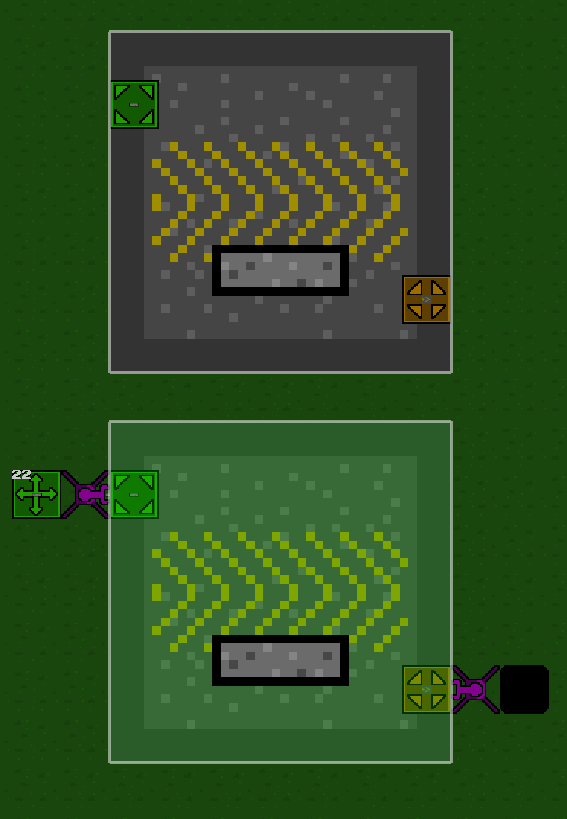 There have been improvements to the space stage of Combine And Conquer:
- Now displaying an ETA for flights 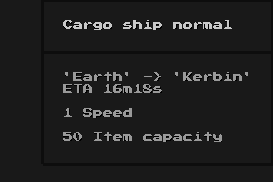 With this version the new resource Titanium is introduced. It doesn’t spawn on the starter planet and forces the player to colonize new planets for crafting recipes that require it.
There’s now also a new Titanium Cargo Ship that is both faster and can carry more.
In the future more recipes requiring Titanium will be added.

Belts have been updated to hold up to five Items instead of just two.

There have been additions and improvements to sounds.
- The ‘water’ sound is now only played if water tiles are present
- ‘Milestone’ events (such as colonization of a planet) now play a sound
- Add more sounds in general

In addition to that, there have been several, minor improvements:
- Improve text position of views to prevent overlays
- Improve the quality of the Research Token icons
- The positioning of the ‘power UI’ and ‘current research UI’ has been improved. Both are now only shown if useful in the current view.
- Improved rendering of copper ore fields
- Messages and logs have been improved. They are now more helpful and more similar in style.
- The Lab now has an activity animation
- Influence is now animated
- The cursor tooltips have been improved
- Allow for more up- and downgrades when replacing Structures
- Restart the planner when changing the tick count and having ‘restart on edit’ enabled
- Change the initial volume from 1.0 to 0.5